Welcome to the University of Mars (UMars)!

The University of Mars (UMars) is the only University on Mars. The institution began life as an amalgamation of the Mars Deep Mining Training College (MDM-TC) at Viking One Dome Complex and the Non-Mining Technical College (N-MTC) of Mars at Viking Two Dome Complex.

UMars now comprises a number of constituent University Colleges situated in the most populous Domes, each of which offers a wide variety of courses and degrees and carries out a large body of research.

In the southern hemisphere, our constituent Colleges include Mer Spirit, Mars Six, Mars Three, Mars Two, Lowell and of course Wells, in the polar region. 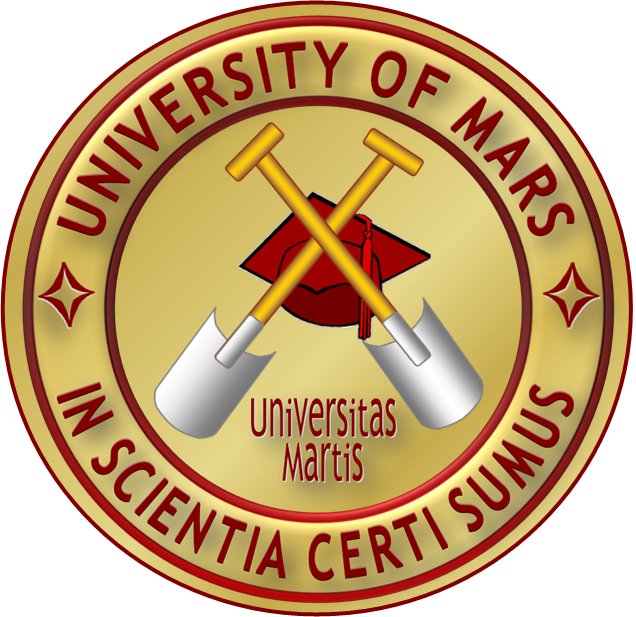 Outside of lectures, labs and other practical work, every college has its own social life and many student clubs and societies...

The badge shown here is a generic one of the University of Mars, showing the familiar Crest of crossed shovels and mortar board, which represent the twin ideals of education and industry.

All the UMars Colleges have their own badge or badges and produce their own College Certificates. For lots more badges and pictures, click on the Flickr icon (two dots) at the bottom of the screen!